Celler Trobat is a winery in Ampurdán (Catalonia) with a history of more than 200 years. It produces wines and cavas with a designation of origin. We were commissioned to design the labels of their cavas, whose previous packaging had given a central focus to the coat of arms of the winery. This emblem had to be maintained as it was an identifying feature already known in the market, so we decided to make it the basis of the design. We gave prominence to the stripes of the shield and reproduced them in large scale, in gold and white for the reserve and in metallic pink for the rosé. They form a powerful and elegant background, upon which the text stands out, as does the coat of arms, which we simplified somewhat in order for it to harmonise with the more modern style. 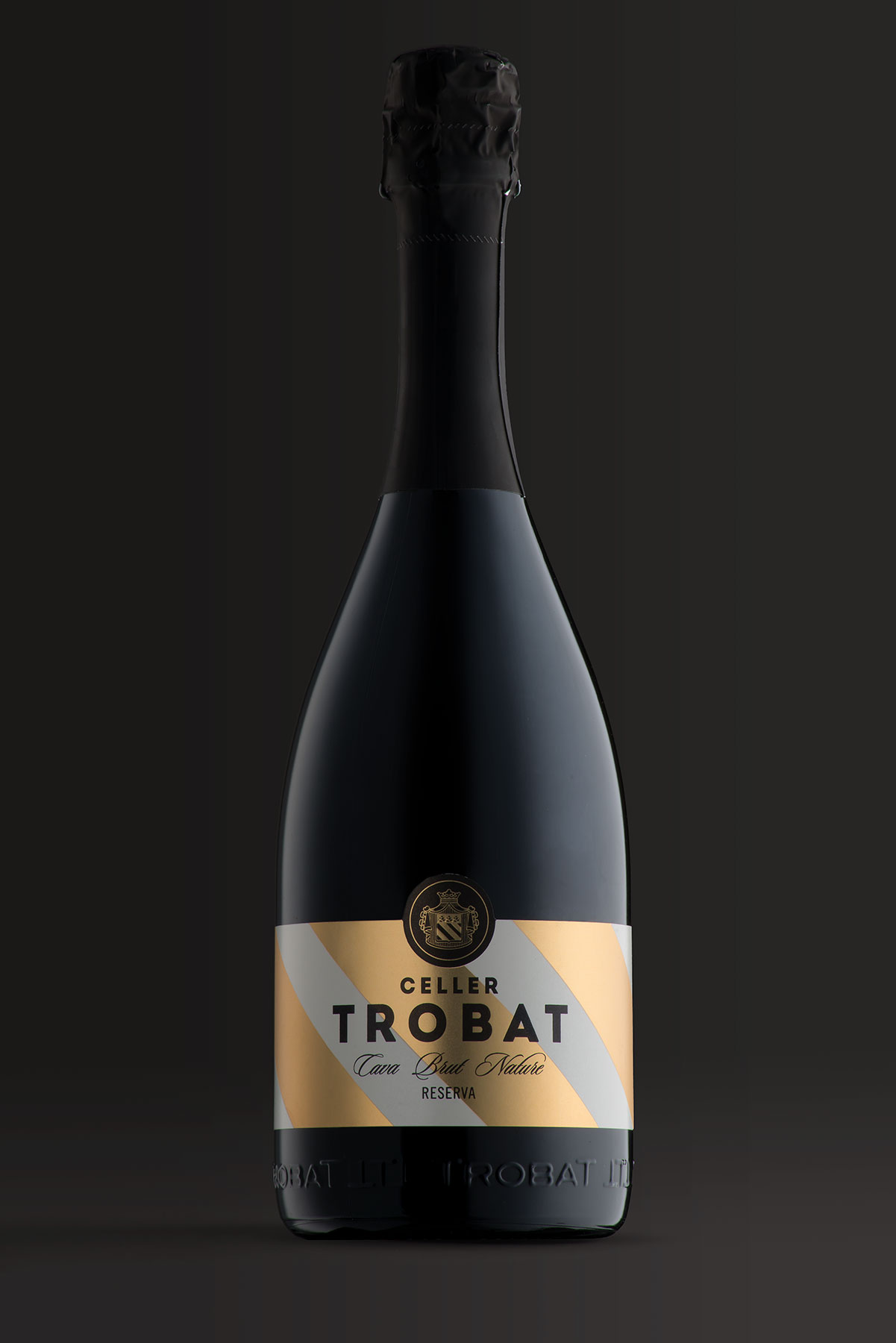 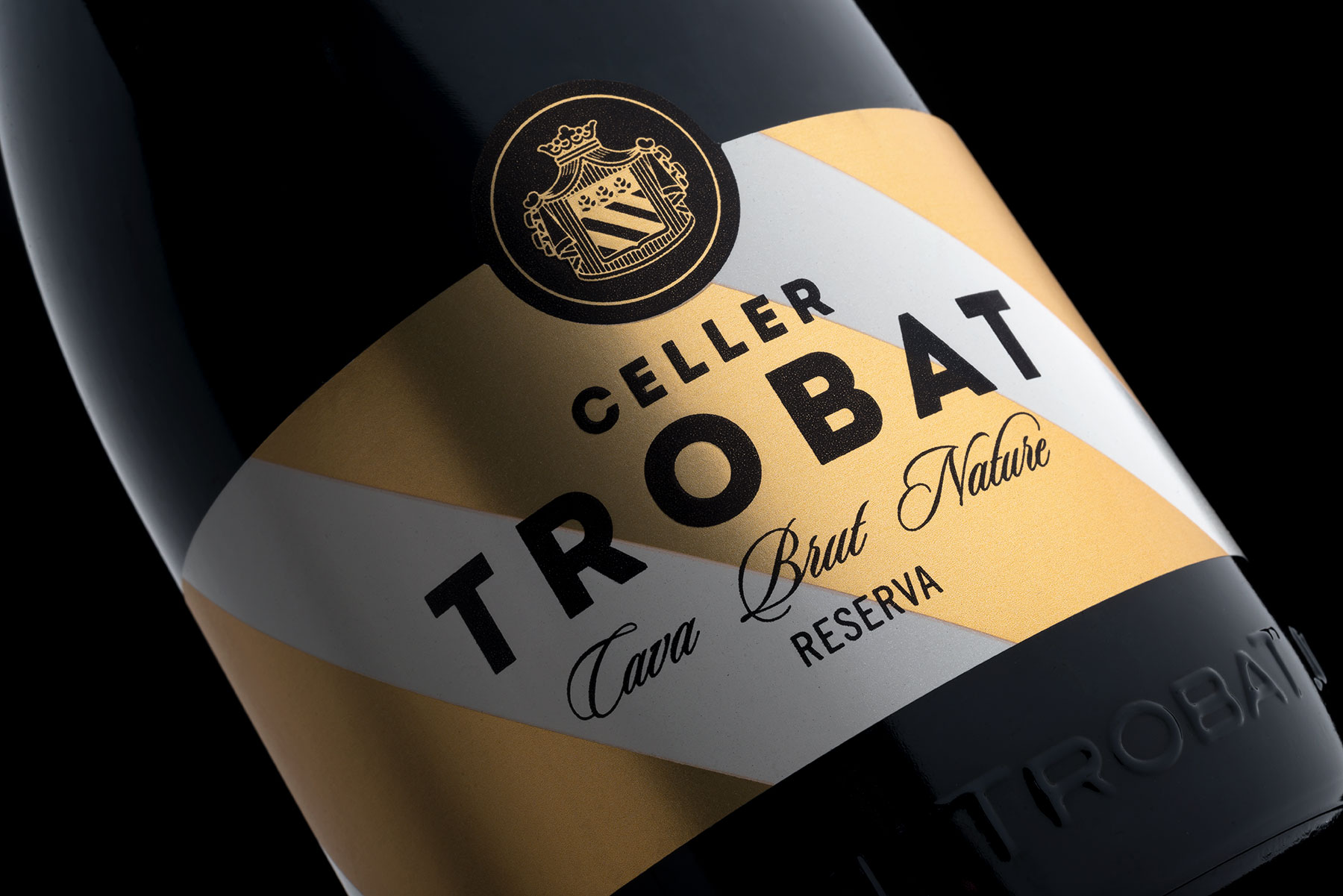 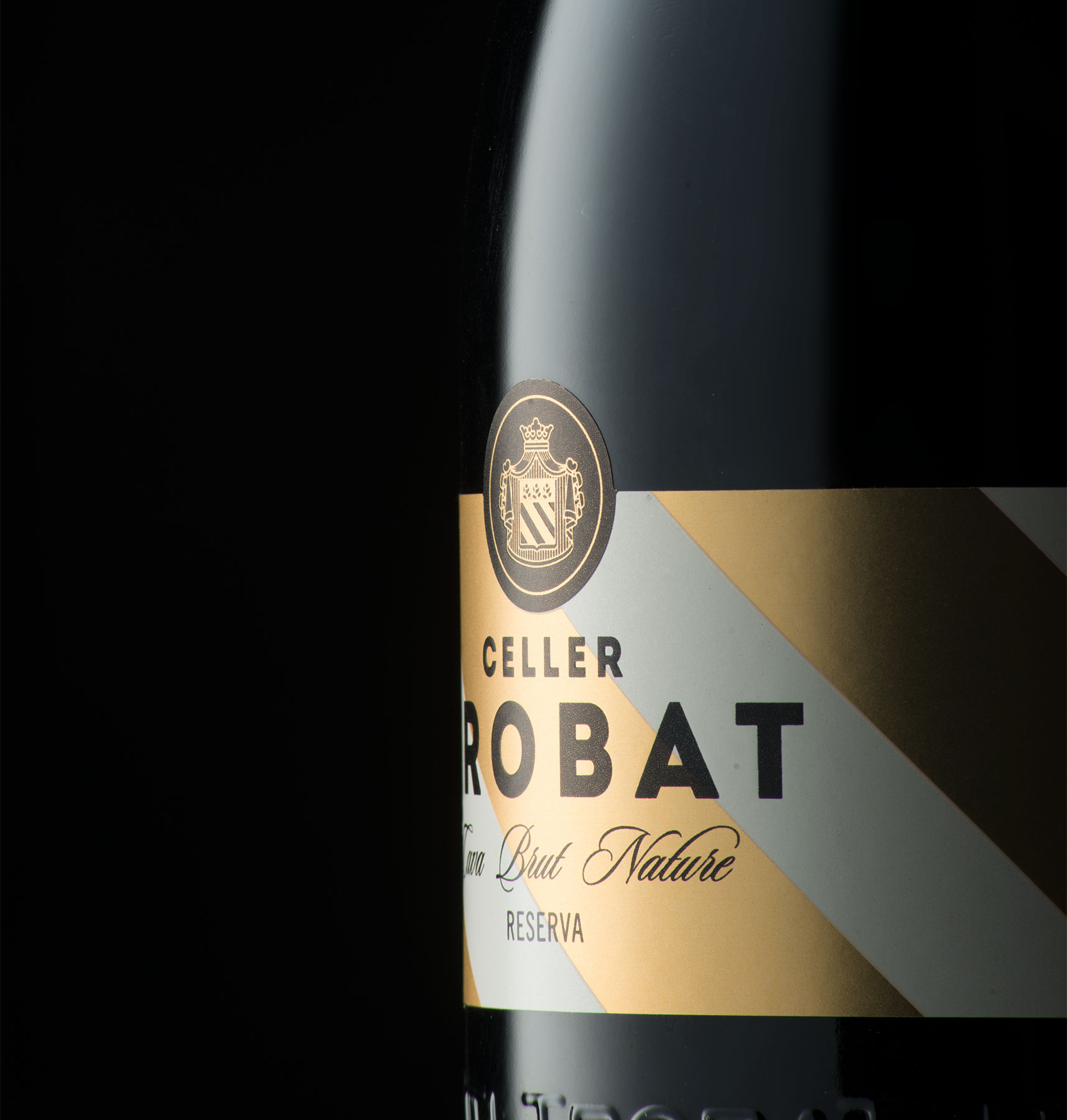