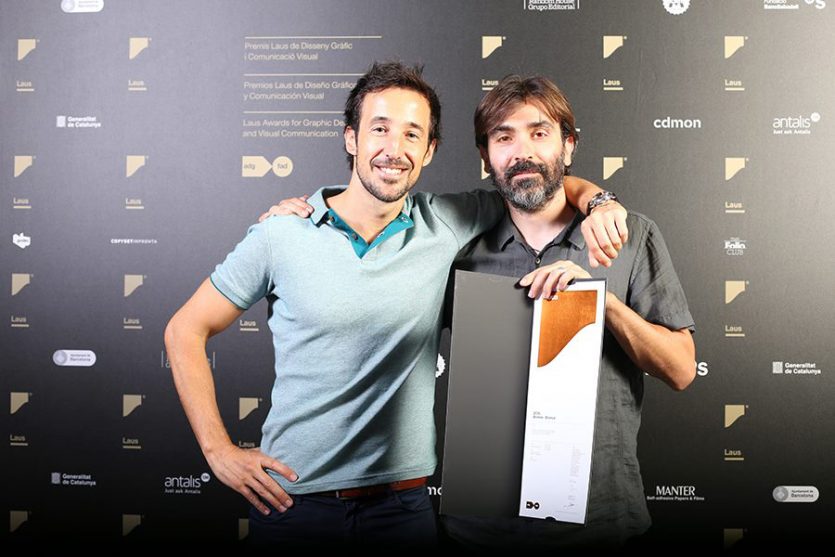 Steve and Ángel of Lavernia & Cienfuegos attended the Laus Awards in Barcelona to collect our Bronze award for design No. 66 of Experimenta Magazine. The new print edition, which marks a new stage for the magazine, was awarded in the Graphic category for Book Covers. The spirit of LAUS is to recognize the joint work of the designer and client and the necessary contribution of both to carry out the project. So we want to thank our clients, Experimenta and Gráficas Muriel, for giving us the opportunity to design this special edition number and for the effort and professionalism that went into producing it on time and with the highest standards.

The Laus Awards are organized by the Association of Graphic Designers and Art Directors of the FAD (ADG-FAD). ADG is a national, private, non-profit association. For the past 50 years, their goal has been to promote graphic design and visual communication in the cultural and economic life in Spain. The Laus Awards are the best representation of this ambition, a real working thermometer for design and communication. 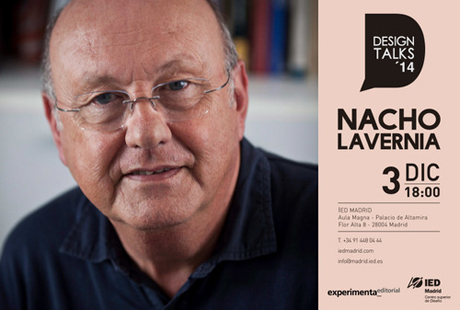 Nacho Lavernia, in collaboration with Experimenta magazine, will be speaking at the Design Talks conference. Organized by the IED Design Madrid, the conference will be happening on Wednesday, December 3 at the Palacio de Altamira. 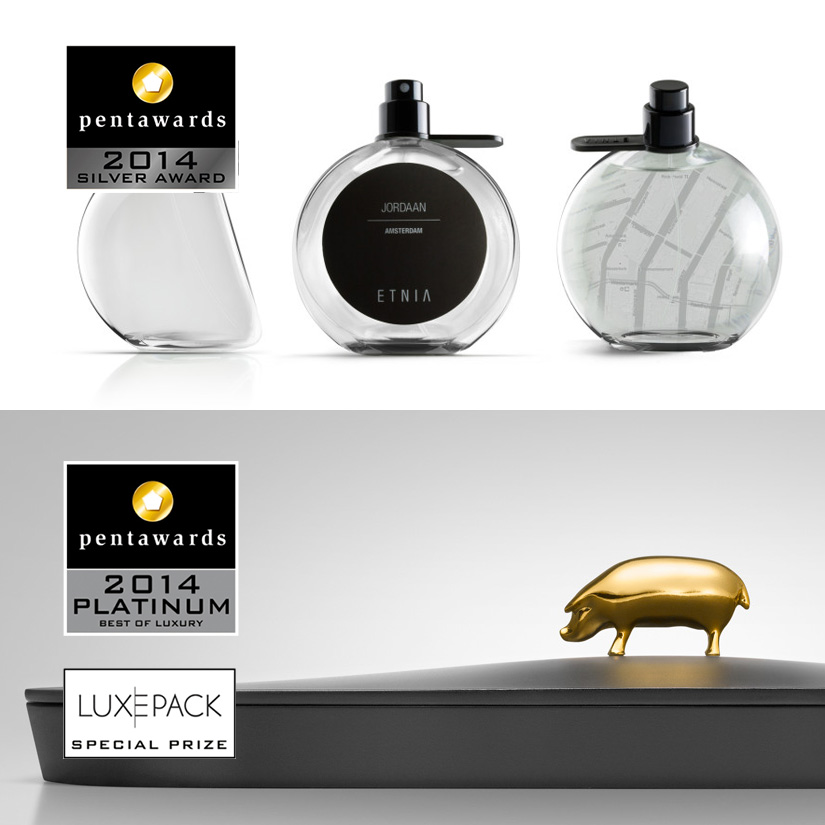 This year we are doubly pleased as we received two prizes, one of which was a Platinum Award for our work on Extrem Deluxe. The Platinum award is one of the most important distinctions of the event (only five given). The other awarded project was the fragrance range design for ETNIA cosmetics, which received a Silver Award.

The 8th edition of the Pentawards in figures

This eighth edition of the Pentawards received over 1500 entries from 5 continents and 53 countries. Despite the global economic crisis and the widespread cost reduction that goes with it, the Pentawards show an increase of nearly 7% in enrollment over the previous year.

In addition to the Diamond Pentaward and the 5 Platinum Pentawards, the international jury also awarded 50 Gold Pentawards among the 55 categories competing this year. Silver and Bronze Pentawards were also presented. In total, 28 countries are represented among the winners.

These most beautiful packaging designs in the world can all be seen on www.pentawards.org 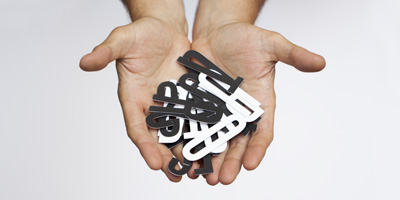 “The making of” Experimenta66 [Spanish text] 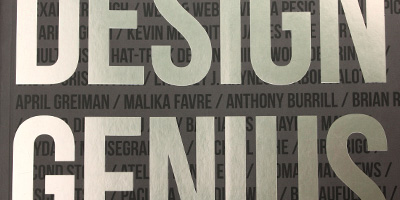 Recently Nacho Lavernia was interviewed for Design Genius, a book on the ways and workings of creative thinkers by Gavin Ambrose and Paul Harris. 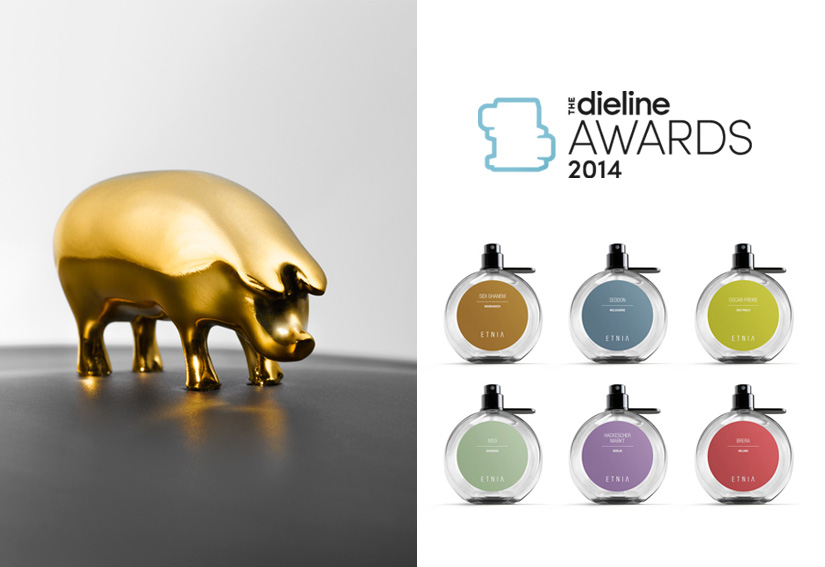 The panel of judges of The Dieline Awards 2014 have awarded Lavernia & Cienfuegos's EXTREM 1st Place in the Prepared Food category. The good news continued with when we also won a 3rd place award for our range of fragrances for Etnia Cosmetics.

EXTREM, a new Brand of Iberian, acorn-fed ham has been launched by Agriculturas Diversas, a Spanish company with a long tradition in the premium ham sector.

EXTREM required prestigious new packaging for their top product that could be bought as a special gift as the brand positions itself in gourmet shops around the world. The packaging needed to transmit the product’s extremely high quality to put it on par with other delicacies at the high end of the gourmet world, such as caviar and foie.

We designed the packaging in matt black, with a contrasting golden pig handle. An elegant serving tray in which to present the finets cuts of Iberian ham “comme il faut”.